Interview with Kazumi and Anne
"The gift between Tokyo and Berlin" vol.1 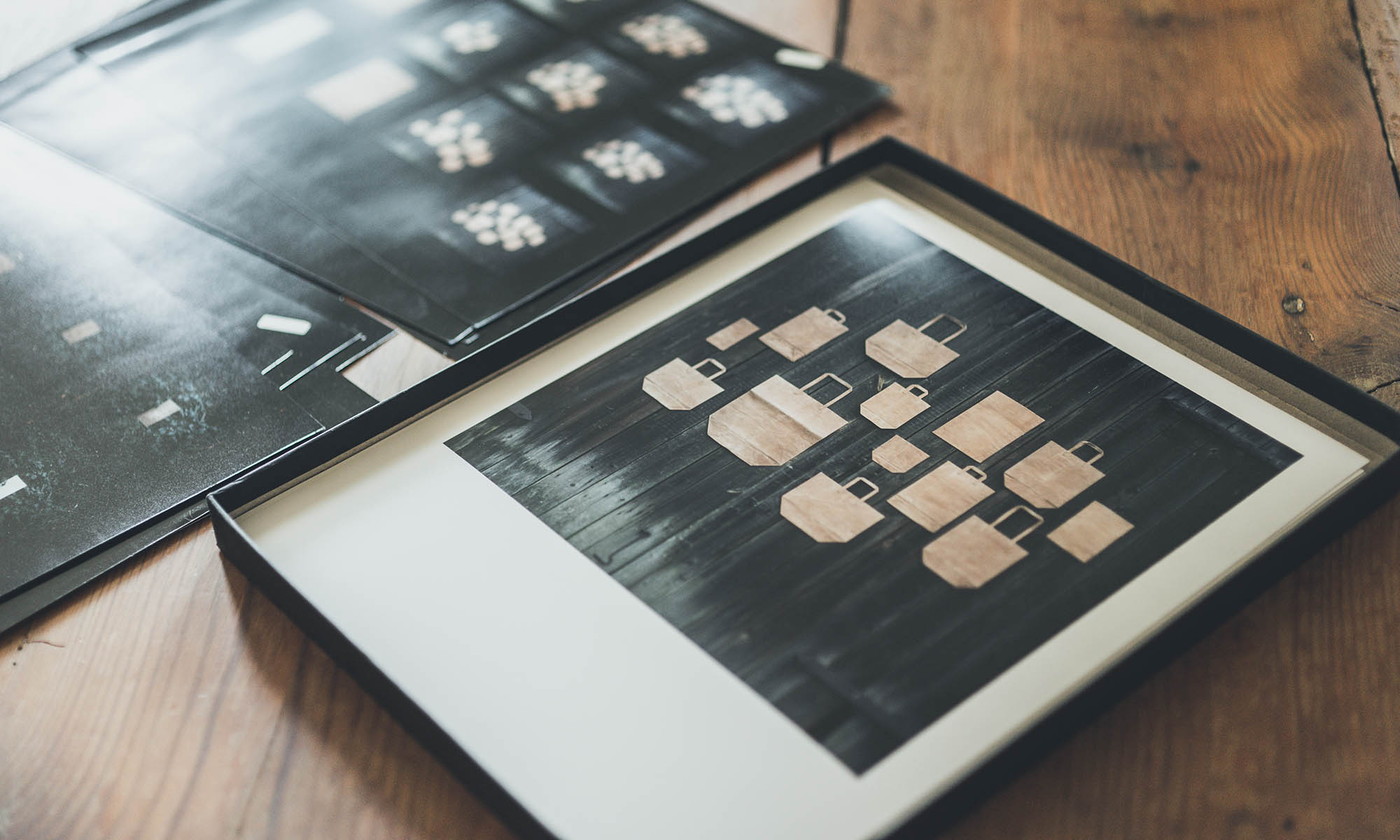 Kazumi Takigawa is a bag designer who uses waxing on cotton to create works with strong presence. Anne Schwalbe is a photographer who works with natural motifs from her surroundings, such as flowers and leaves.

The two of them are based separately in Tokyo and Berlin; they first started interacting after Anne’s first visit to Japan. Now, they often send their own works to each other. Although the two seems very intimate, it’s a surprise to hear that they’ve never actually met in real life.

However, finally their joint exhibition has been decided to take place in Berlin. We interviewed about their peculiar exchange with each other, their background and life as creators. The series will be divided into three, each interview full of the two creator’s charms.

In the first story we asked the two about how they met, and how they’re attracted to each other.

1. FROM ANNE TO KAZUMI 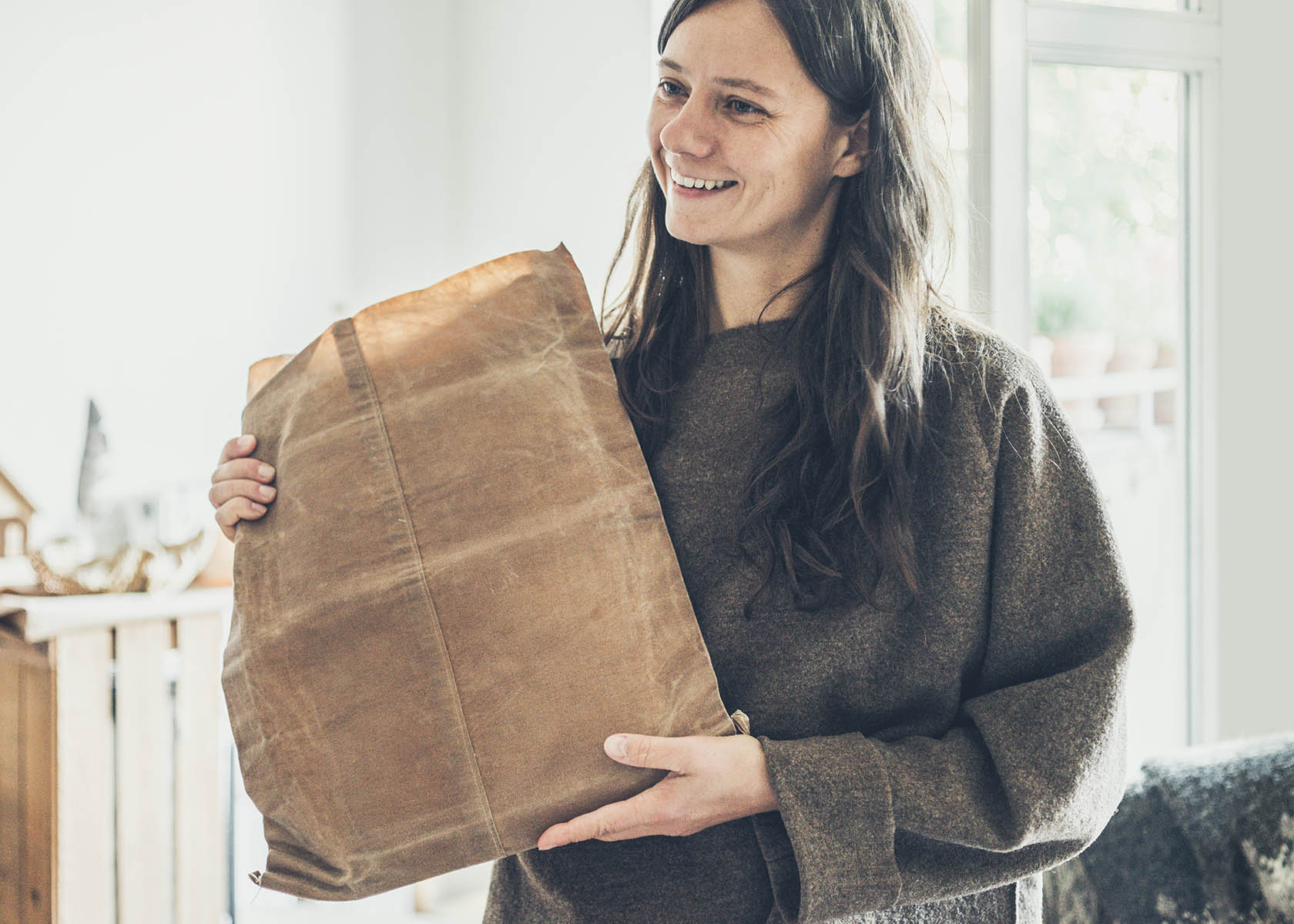 Anne Schwalbe / We interviewed Anne at her atelier in Berlin.

— When did you come across Kazumi’s work?

Anne Schwalbe (Anne) : When I visited Tokyo in 2013. I held my own exhibition in Ebisu and my friend took me to a select shop, RECTOHALL near by. That’s when I found Kazumi’s work, a small bag. I used to carry around small belongings in a paper bag of a similar size, but they ripped very easily. Kazumi’s work appears to be like paper, but is actually cotton and durable, so I instantly bought it. After I got back to Berlin I realized I was very attached to the bag, so I messaged Kazumi on Facebook saying I really liked her work. I was pleasantly surprised when she messaged back saying she liked my work as well. 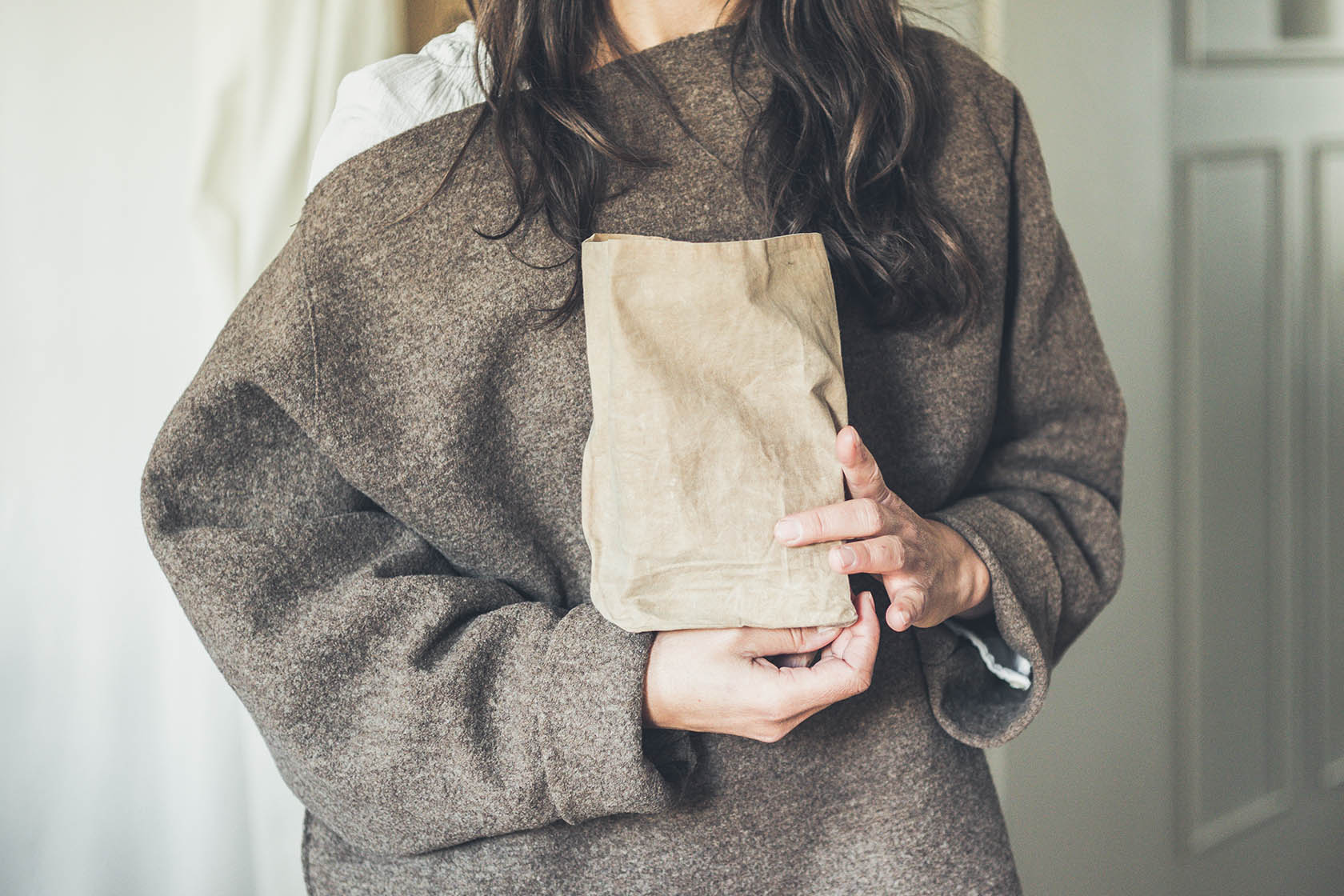 She has many kinds of Kazumi’s works, using those with care and they are very suit Anne’s style.

Anne : That’s right. After that we regularly messaged each other, and after a year or so I contacted her to make an order and she asked me if I’d take photographs for her look book. She sent me series of her work to Berlin which I then photographed. Until then I’d never seen so many of her work but because all the bags were so nice they were really fun to photograph. 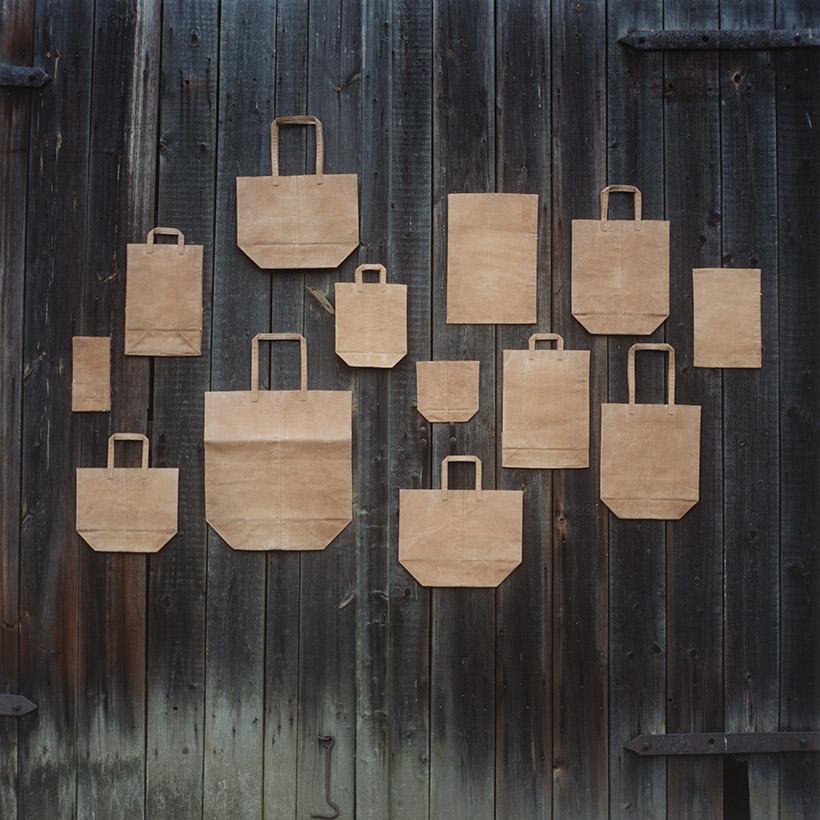 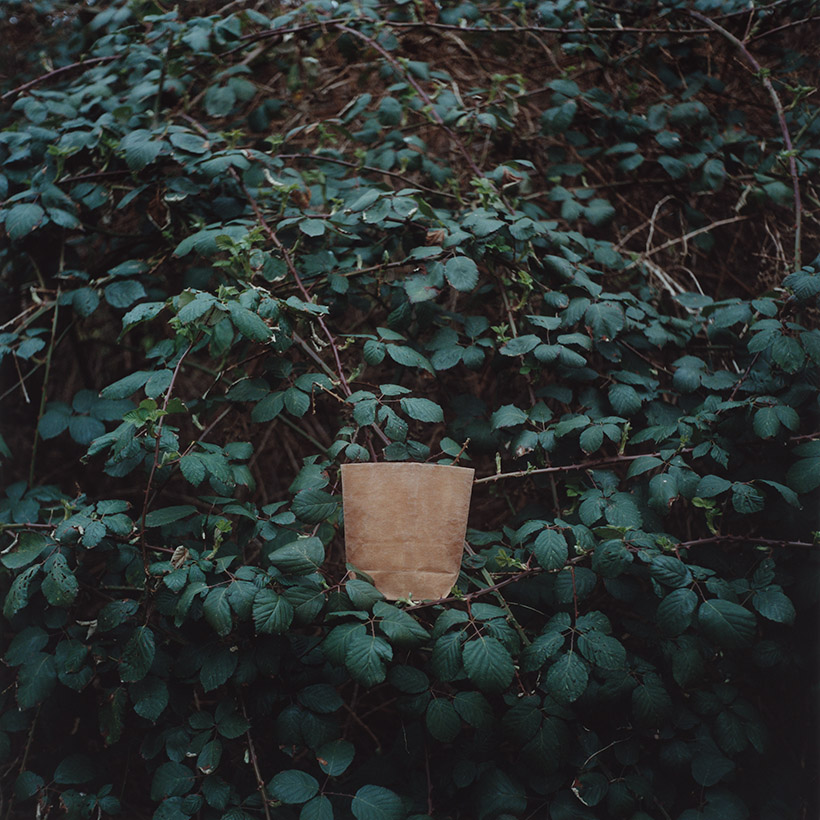 — Where did you take the photos?

Anne : I took the photos in my house garden, outside of Berlin as I knew the scenery would match Kazumi’s work. I played around a bit, such as pinning the bags on the wall using nails and placing them between the blackberry hedge. I took some photos outside my garden as well. 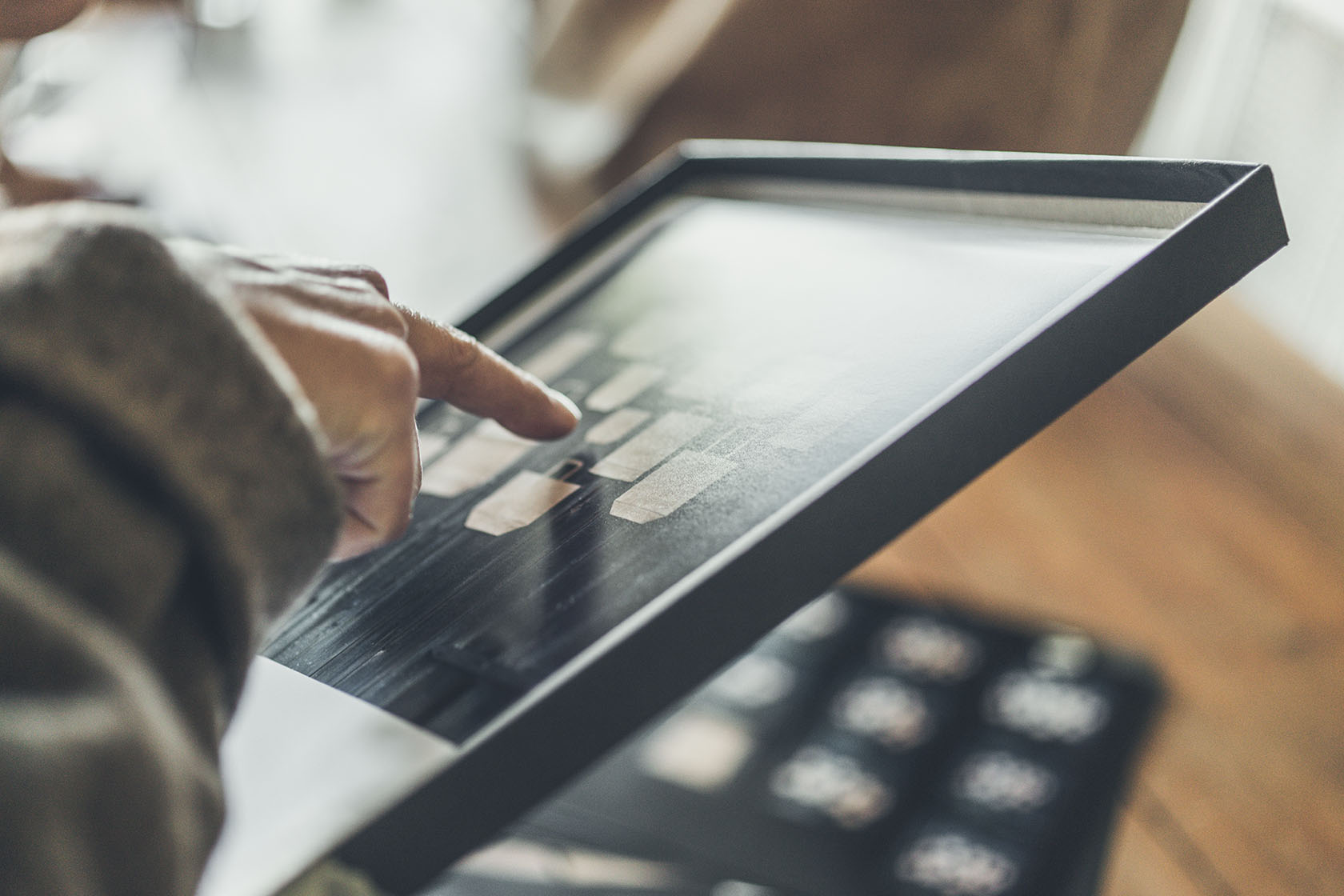 — I heard the bags you photographed were then sent to you as a gift. How are you using them now?

Anne : Let’s see. This one I use as a wallet, and this one is a bag for tools. This large one is my laptop case. All her bags are so wonderful. My favorite part is the material; at first they are a bit stiff, but as you use them the texture becomes softer. Kazumi’s bags are perfect for me as they’re durable, made with an interesting material. They just look so good and work very well. 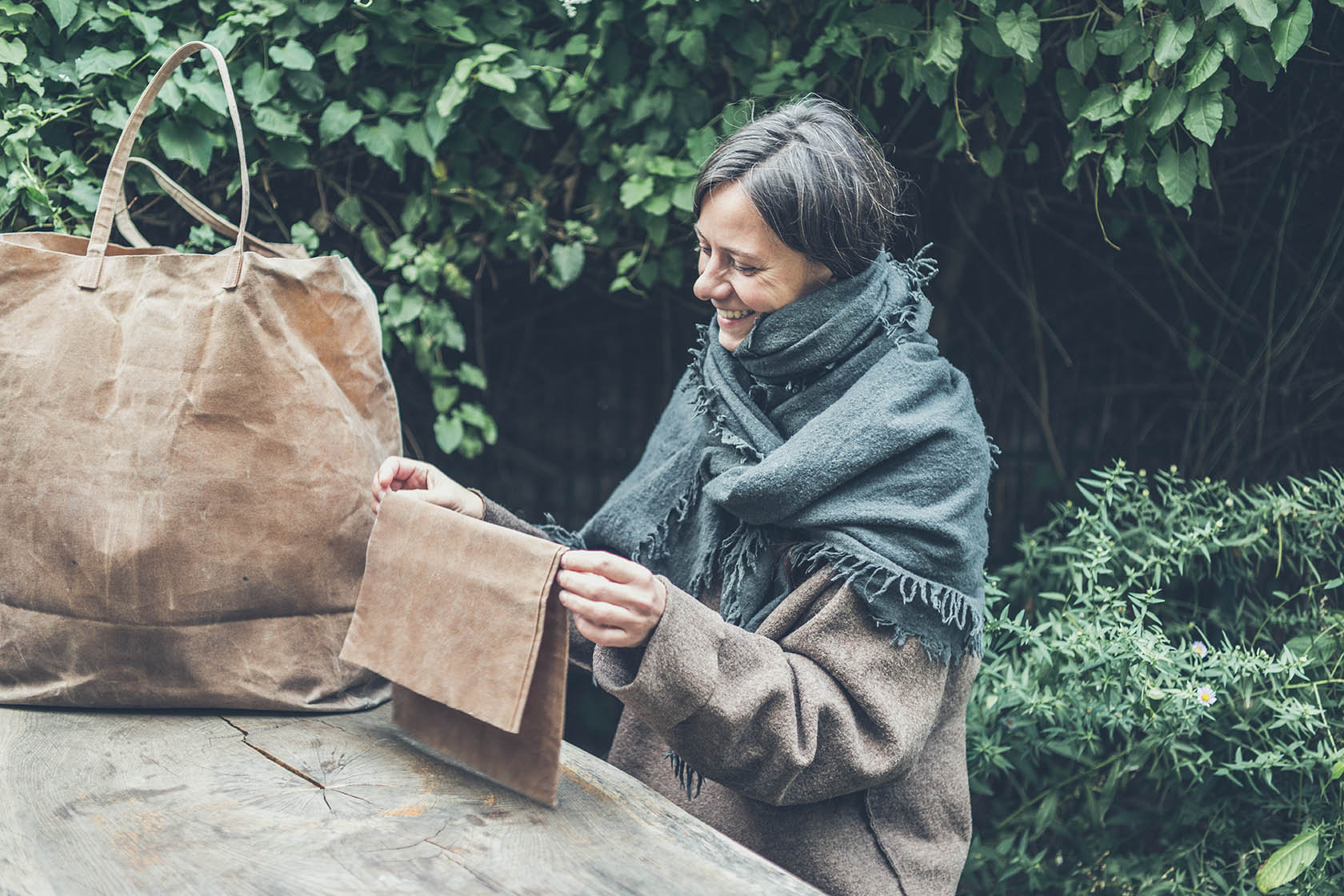 — How do you use this larger bag?

Anne : I specially asked Kazumi to make this for me. On the weekends I visit my house garden in the countryside, and I use this bag to carry all of my belongings. It’s almost like a moving closet for the weekend. 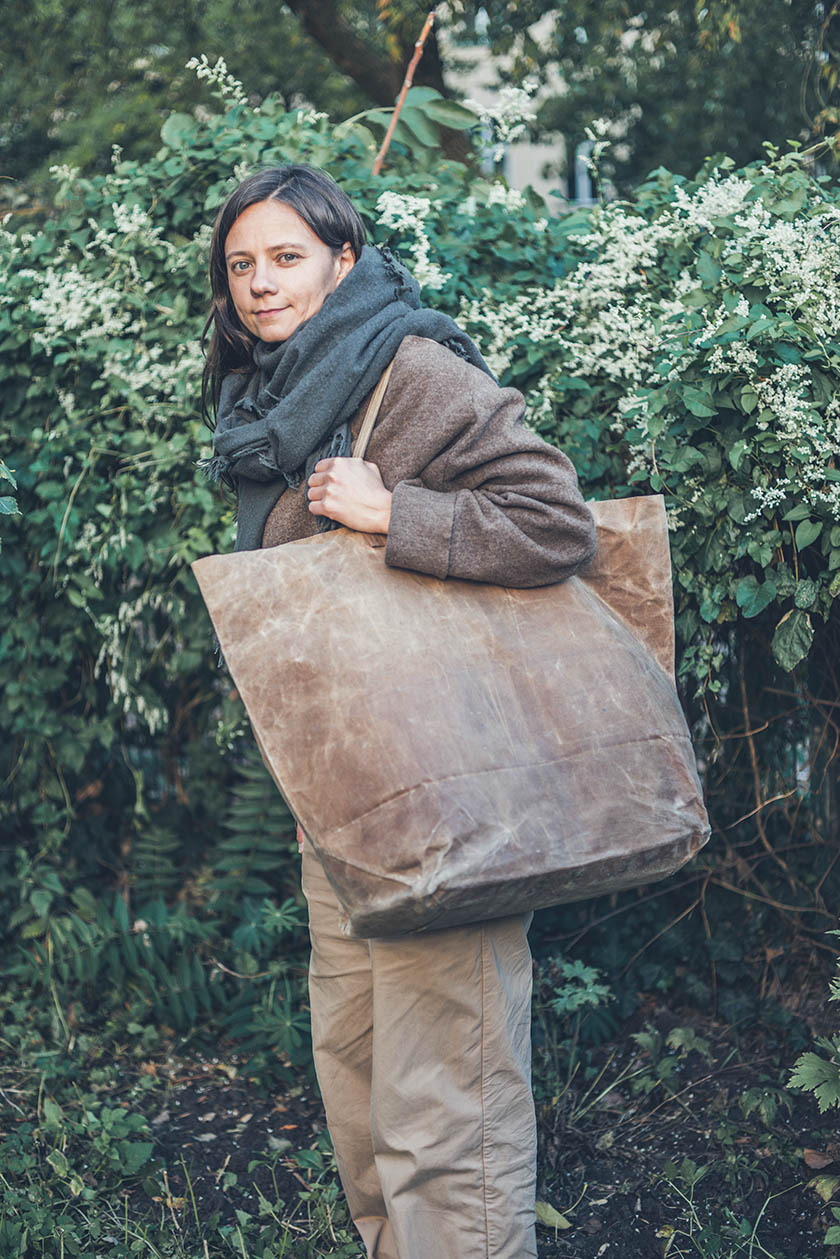 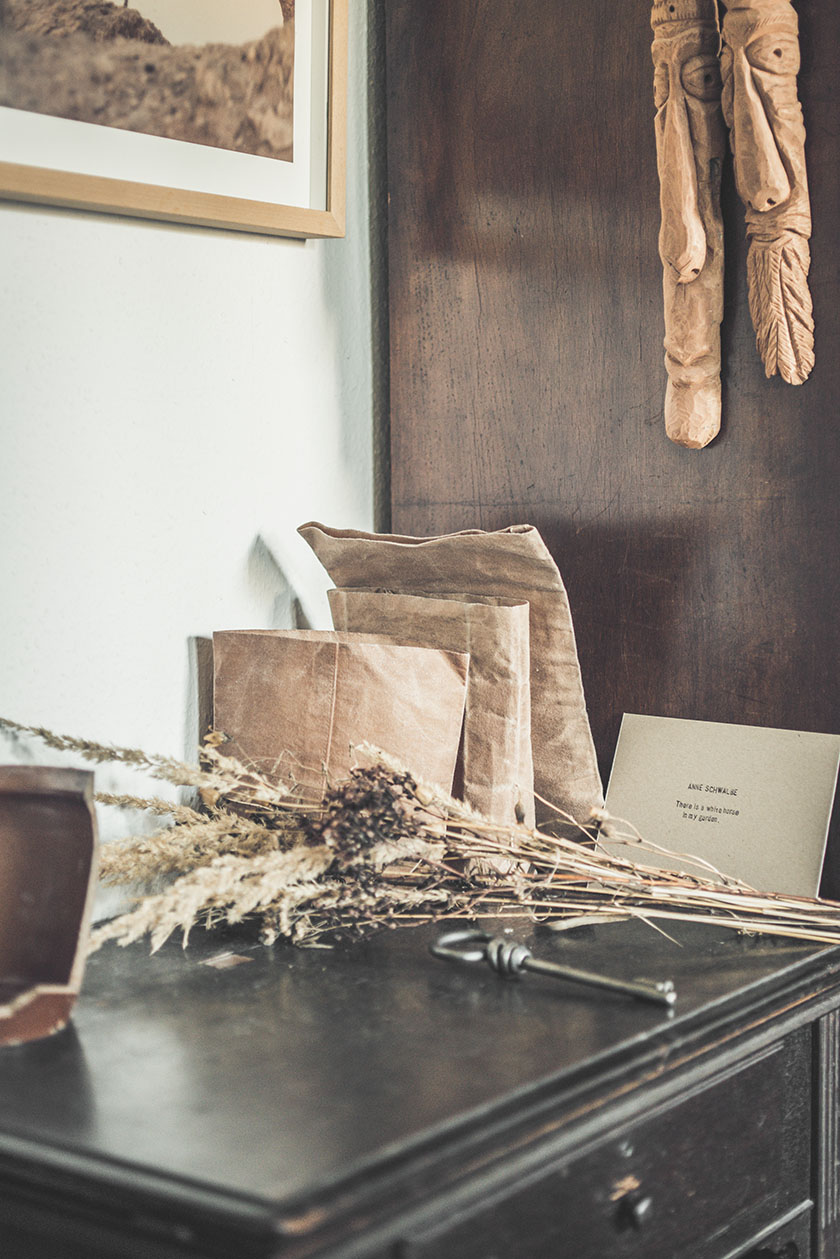 — Do you have any bags in mind you might order to Kazumi?

Anne : I have a lot! For example, I can’t use this larger bag as a go to, so I’d like a medium size bag with a wide width for all my belongings. Also, a laptop case with a protection would be nice. When I start to think about it, my requests just keeps coming.