Interview with Kazumi and Anne
"The gift between Tokyo and Berlin" vol.2 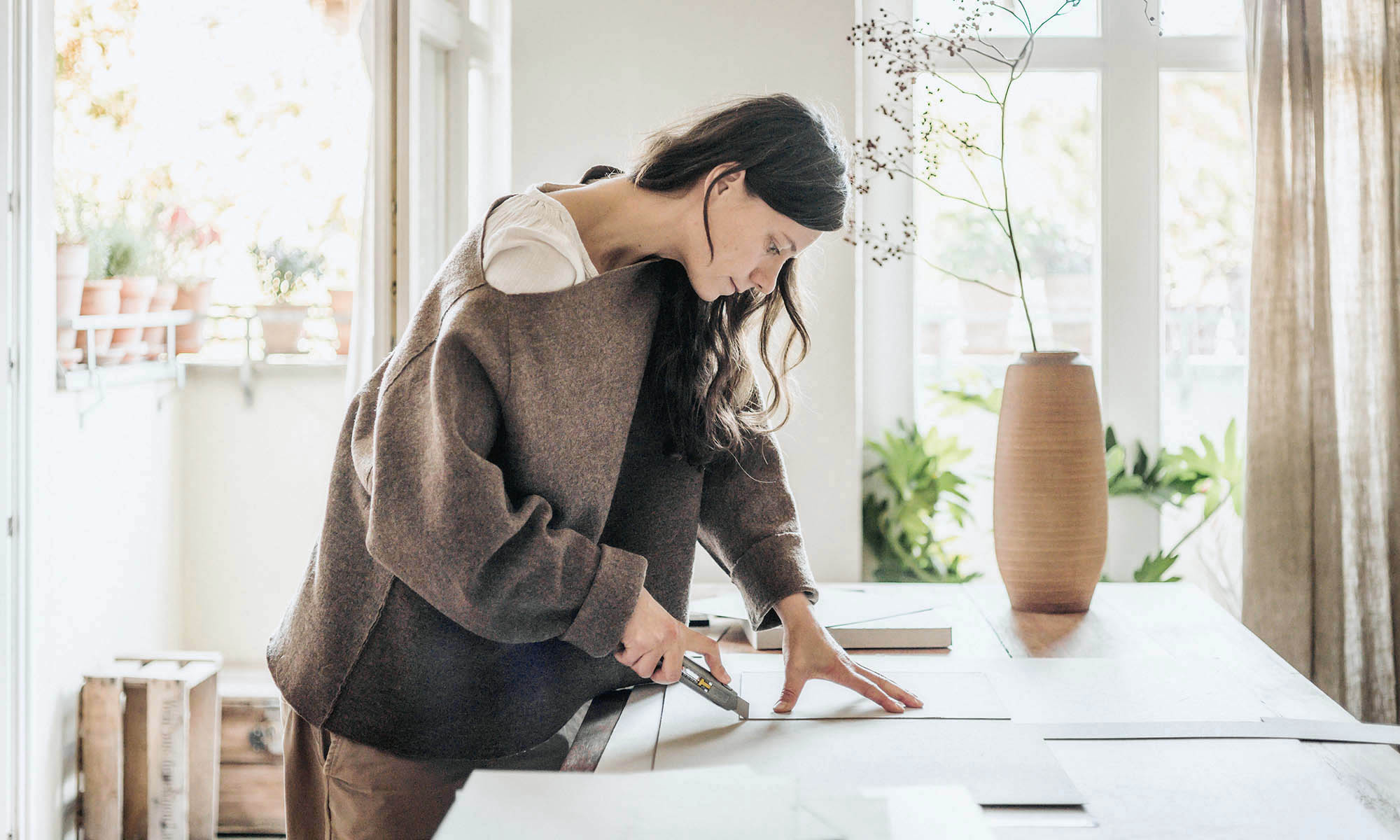 Anne Schwalbe is a photographer who’s based in Berlin. In this story, we visited her atelier and asked her about the style of her working process and her daily life. 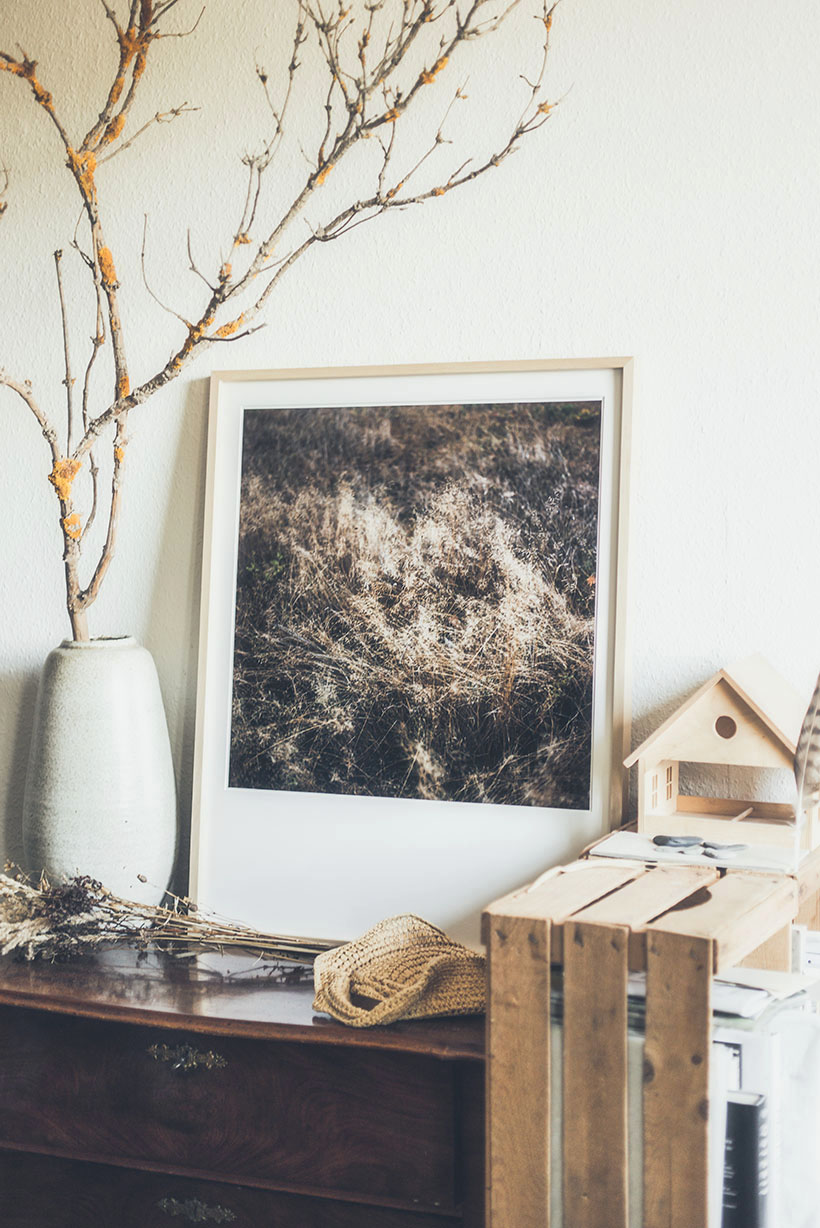 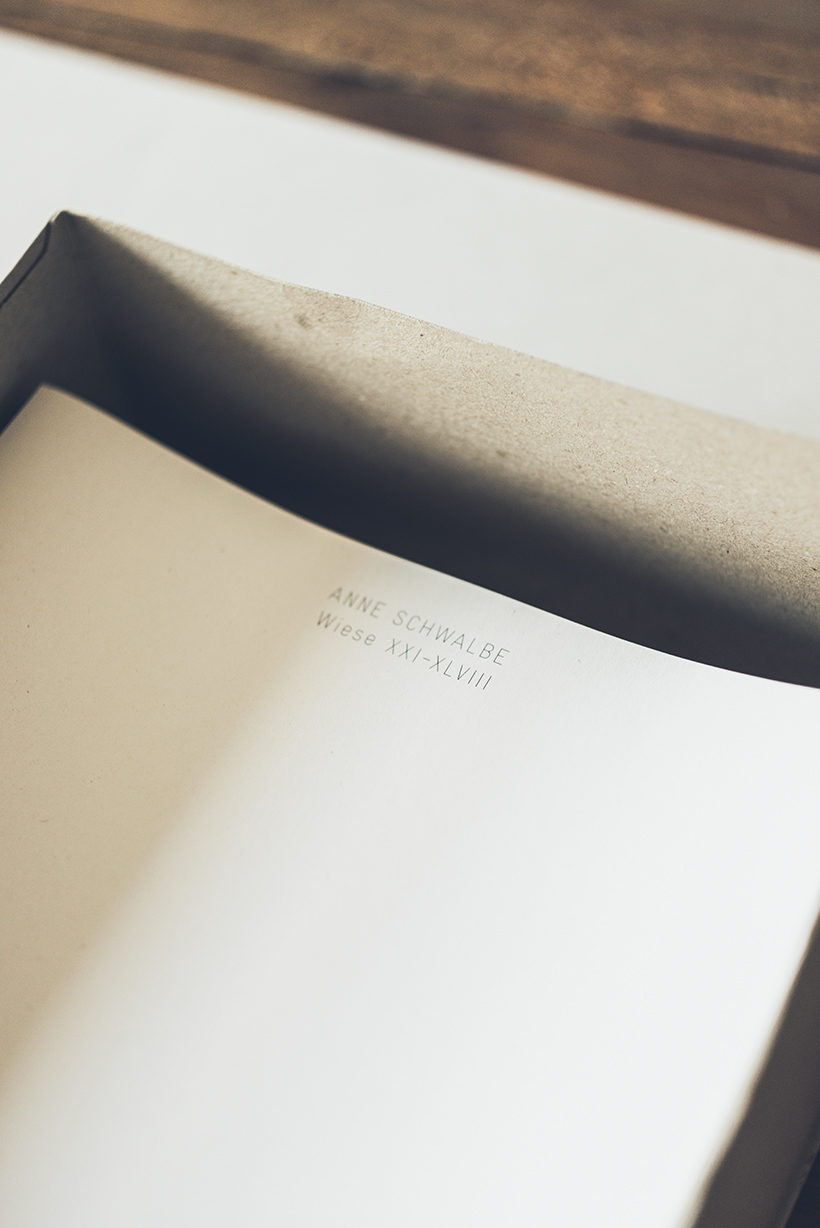 The photograph on display in the atelier is from one of her earlier photo series “Wiese”. It is one of her most famous works featuring motifs from nature such as flowers and plants, and the series are still in production.

Anne Schwalbe (Anne) : I was interested in Photography already in school. After school I studied german literature and cultural studies. During that time I had a part-time job as a florist, which was very important because I could work with my hands. Also I liked flowers and learned a lot during that part-time job. I worked part-time for some years. Finally I started studying Photography in 2003 at Ostkreuzschule in Berlin. In 2011 I started working as a freelance photographer. 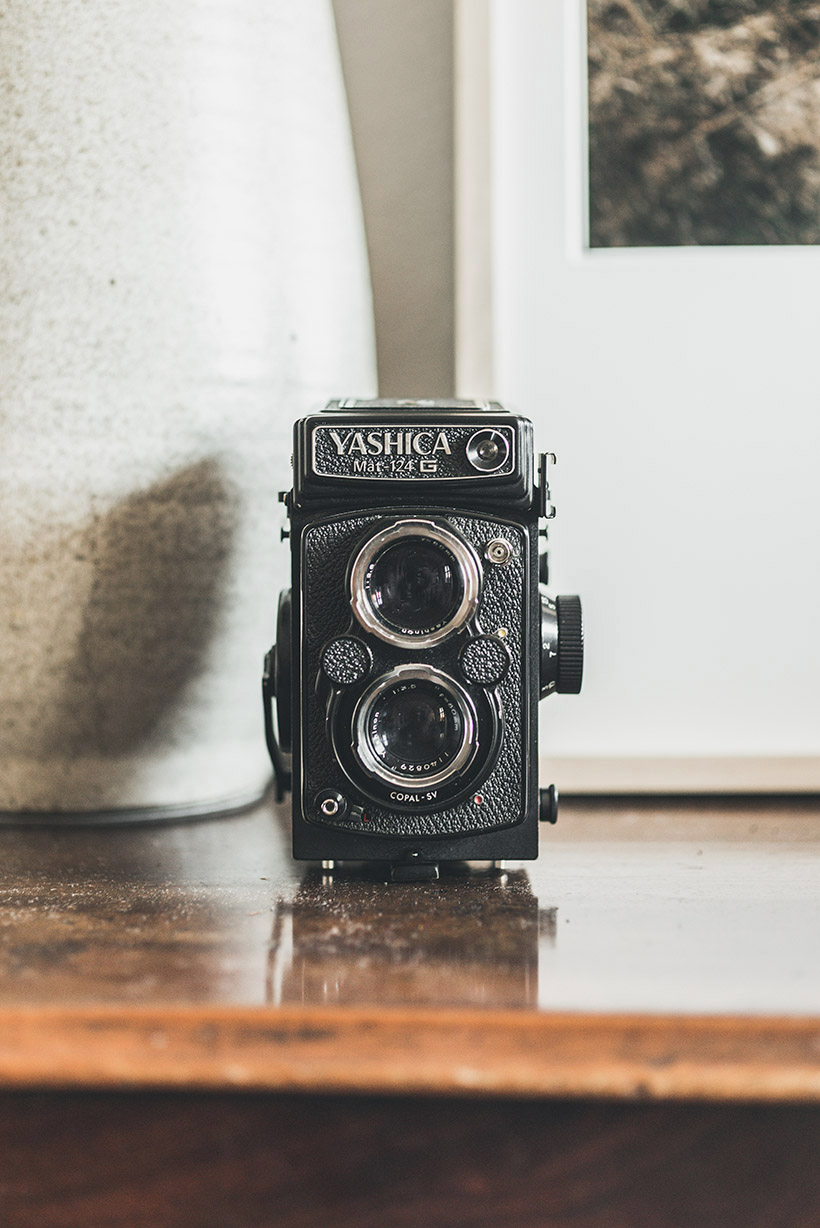 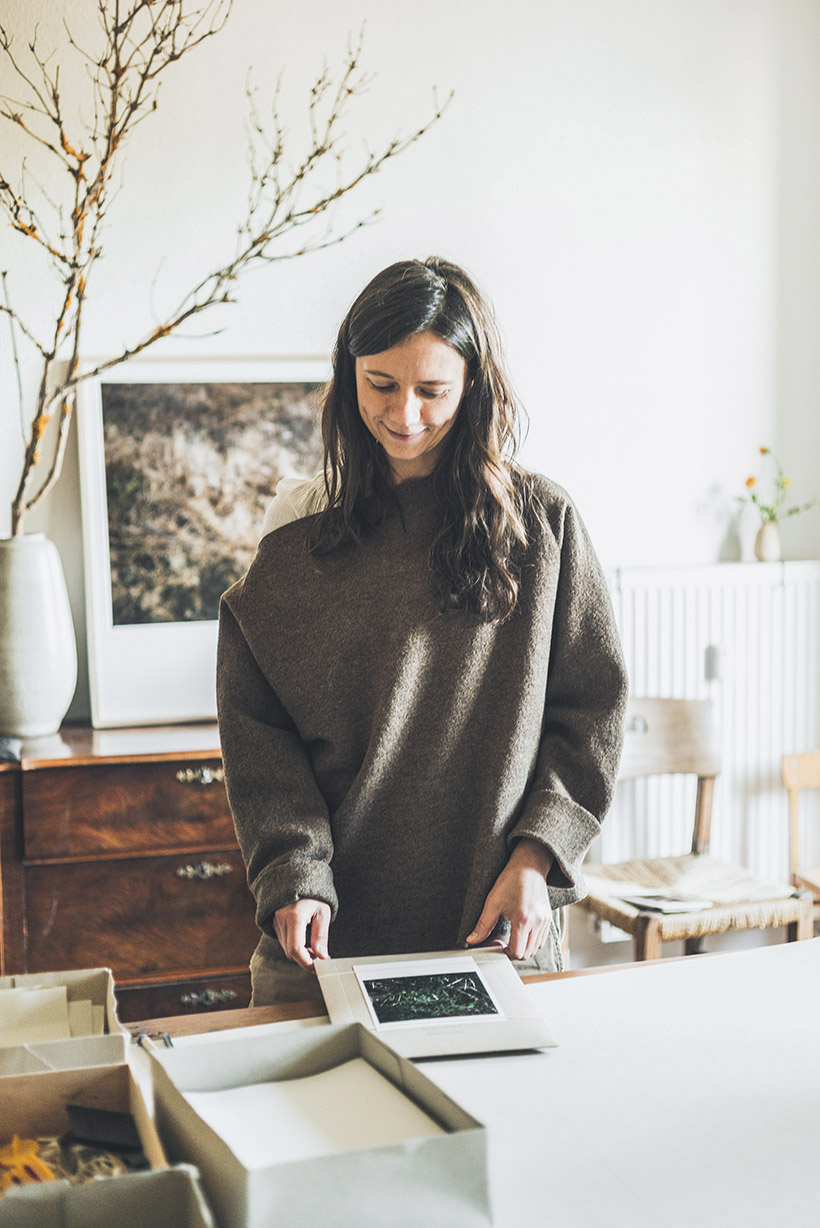 — When did you start self-publishing your photobooks?

Anne : Since 2010. I can’t believe it’s been 7 years already. Recently I published “There is a white horse in my garden”. At first I thought about ordering the boxes for this book but then I started making them myself, I realized it was really fun and I like the rough edges. This way you can reduce the costs as well. I get tired if I’m always by my desk, so I was able to make something with my hands. That is so important!

— Do you have a favorite photographer?

Anne : Well, this is a tough question. I don’t have a favourite photographer. There are some who I like. But I just get inspired by so many other things: fabric, ceramics, nature, wooden things, things that are in my garden. I am really interested in many other crafts or trades.

Anne demonstrated the process of bookmaking while answering our questions. It is difficult to mass-produce as the process is all done by hand, but it was clear that each and one of them were made very carefully. 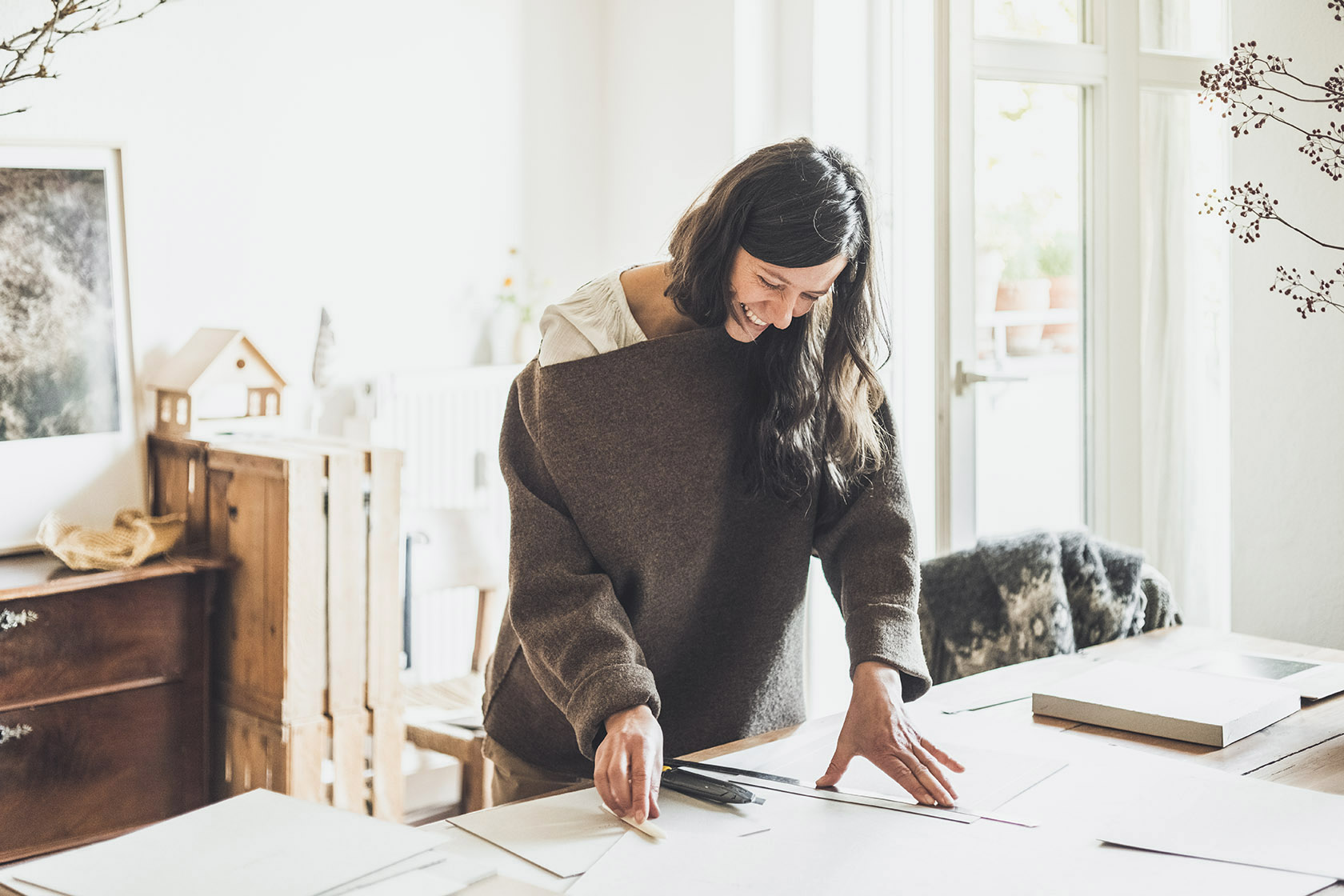 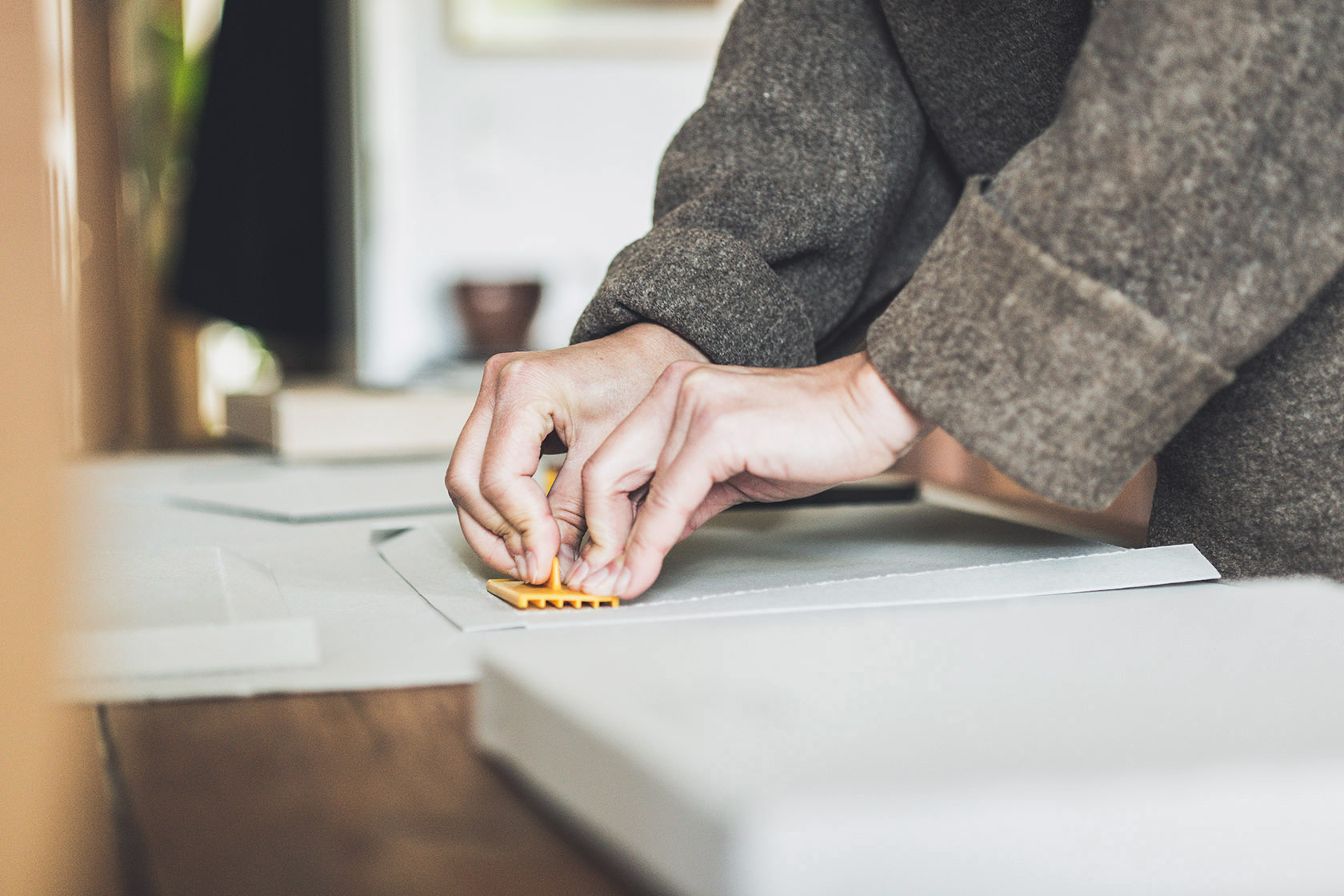 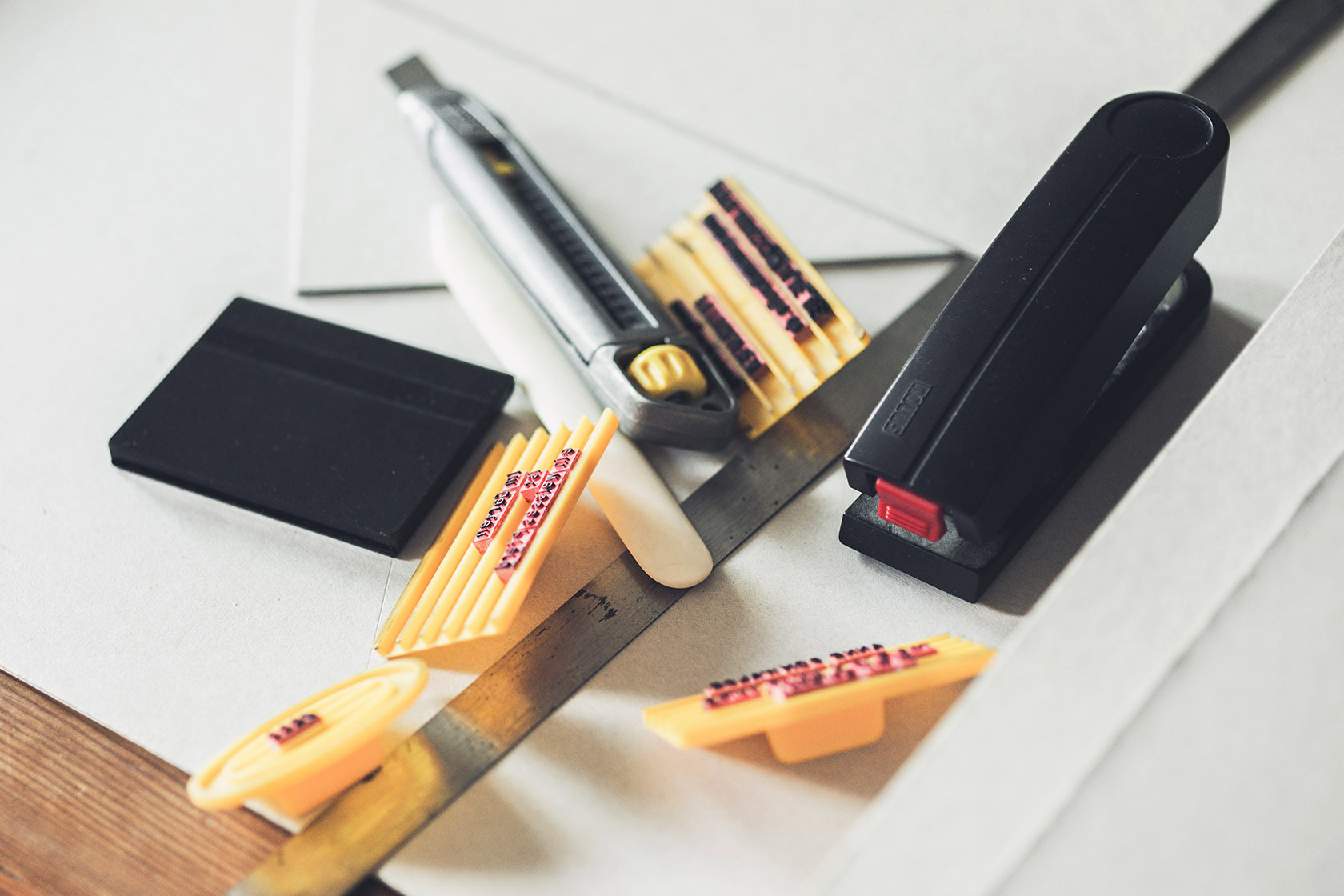 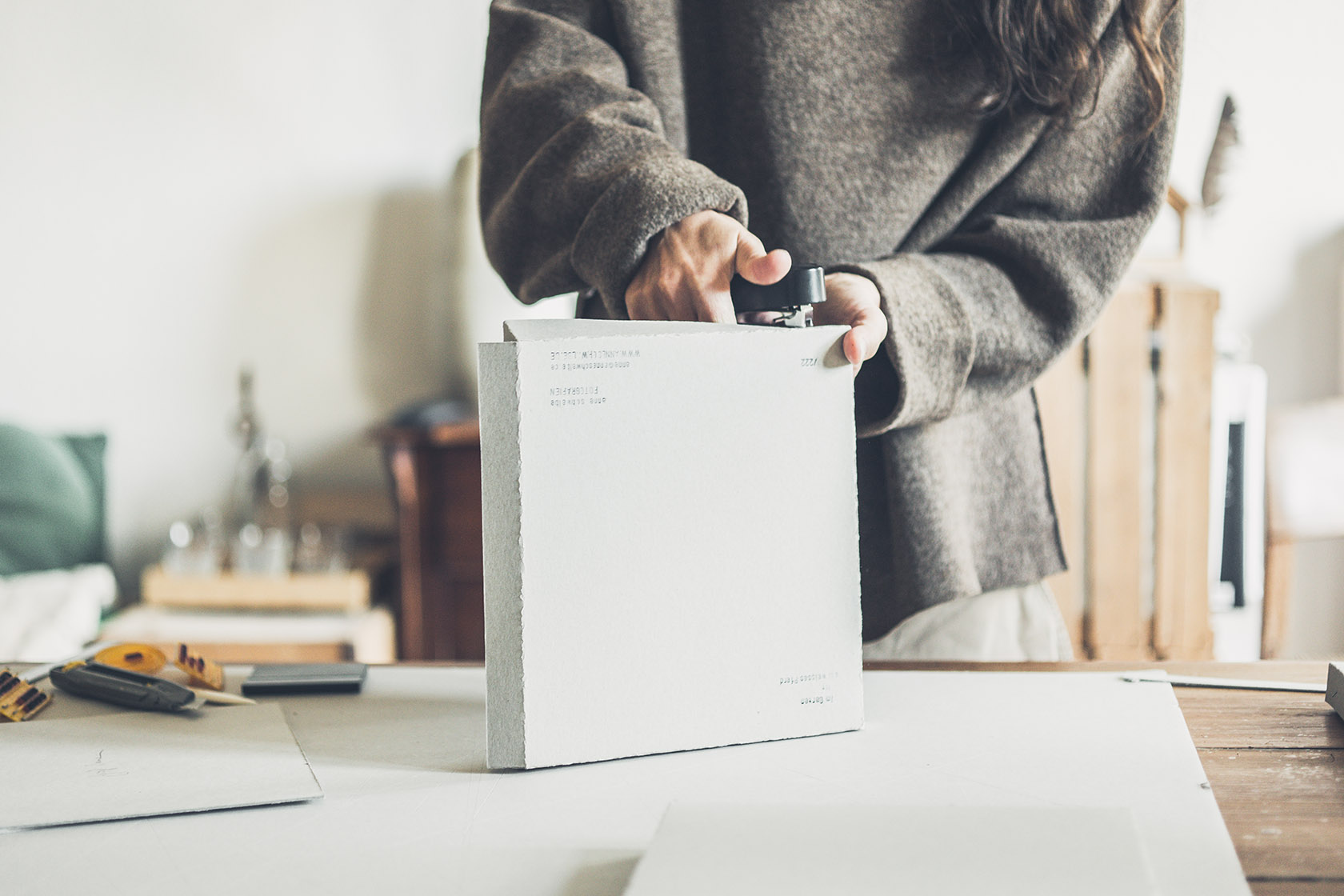 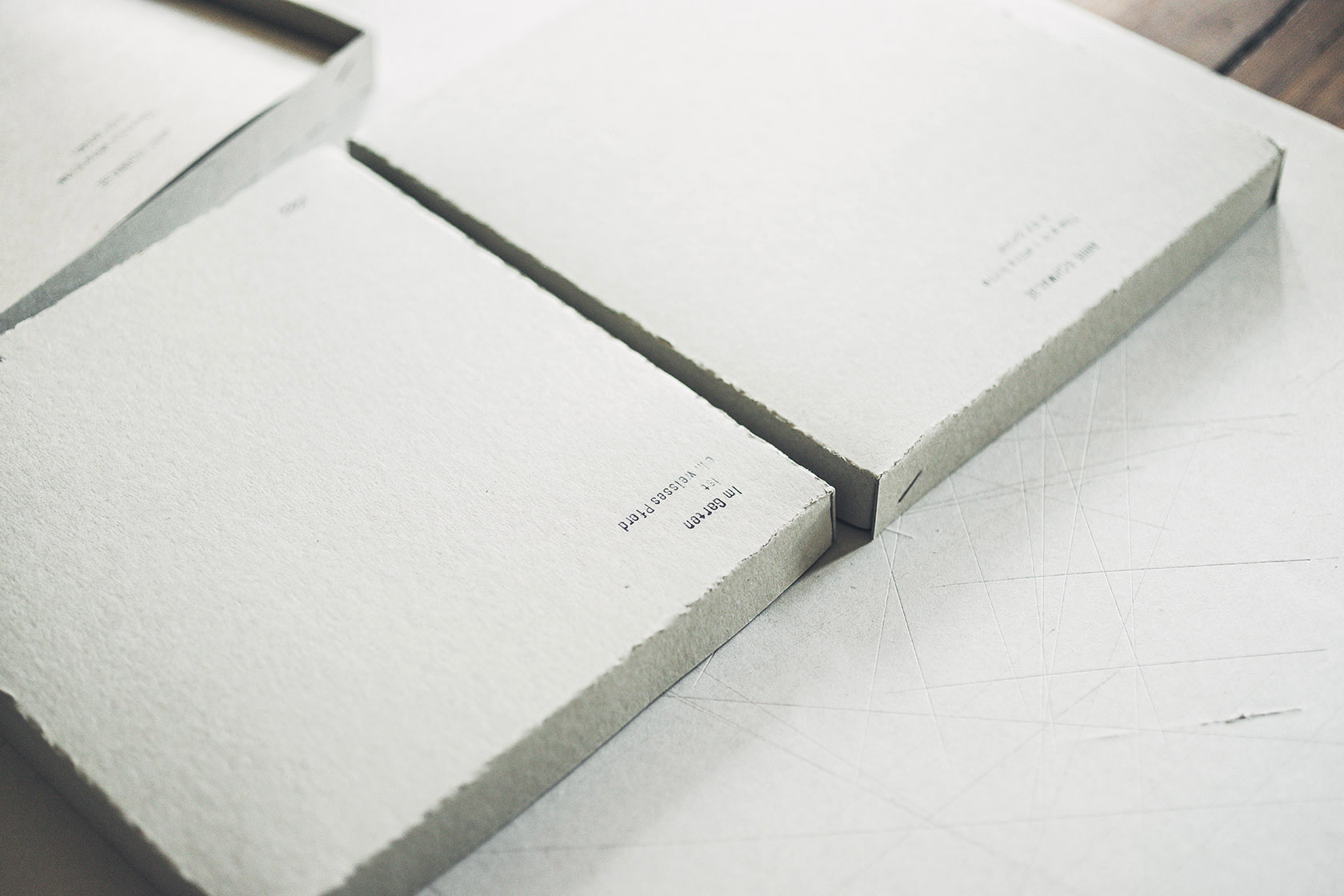 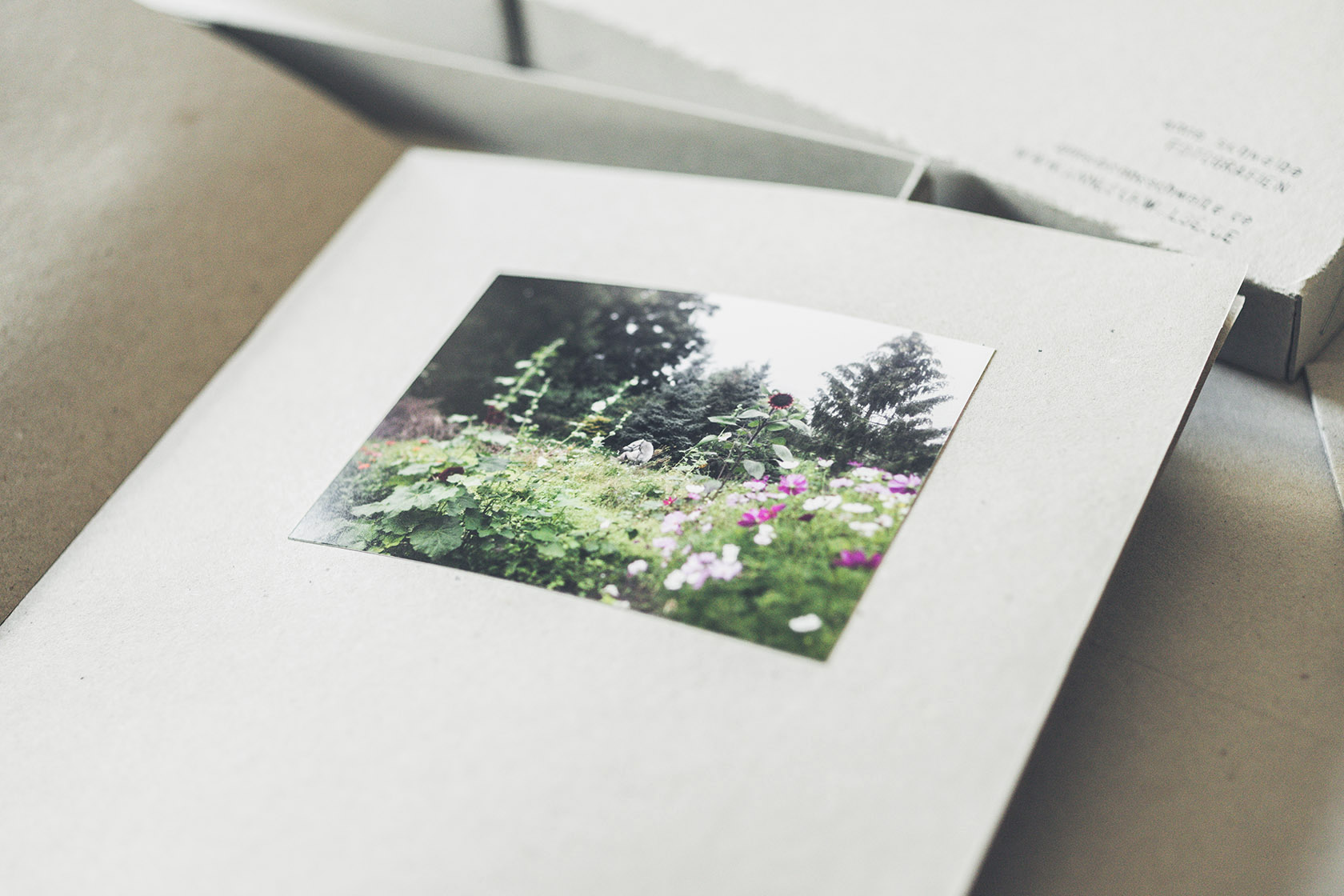 “There is a white horse in my garden”

In this story Anne introduced us to her work “There is a white horse in my garden”. Up until now, all her photographic books are made through self publishing, and the works can be seen in her official website here. 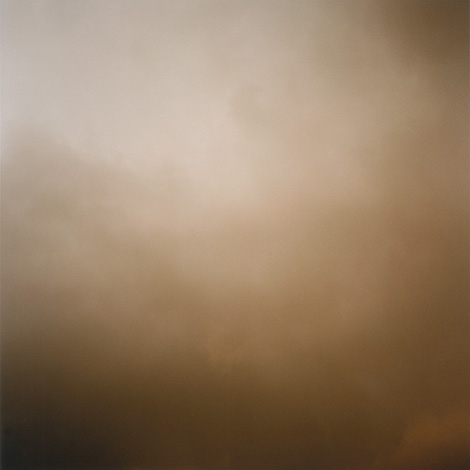